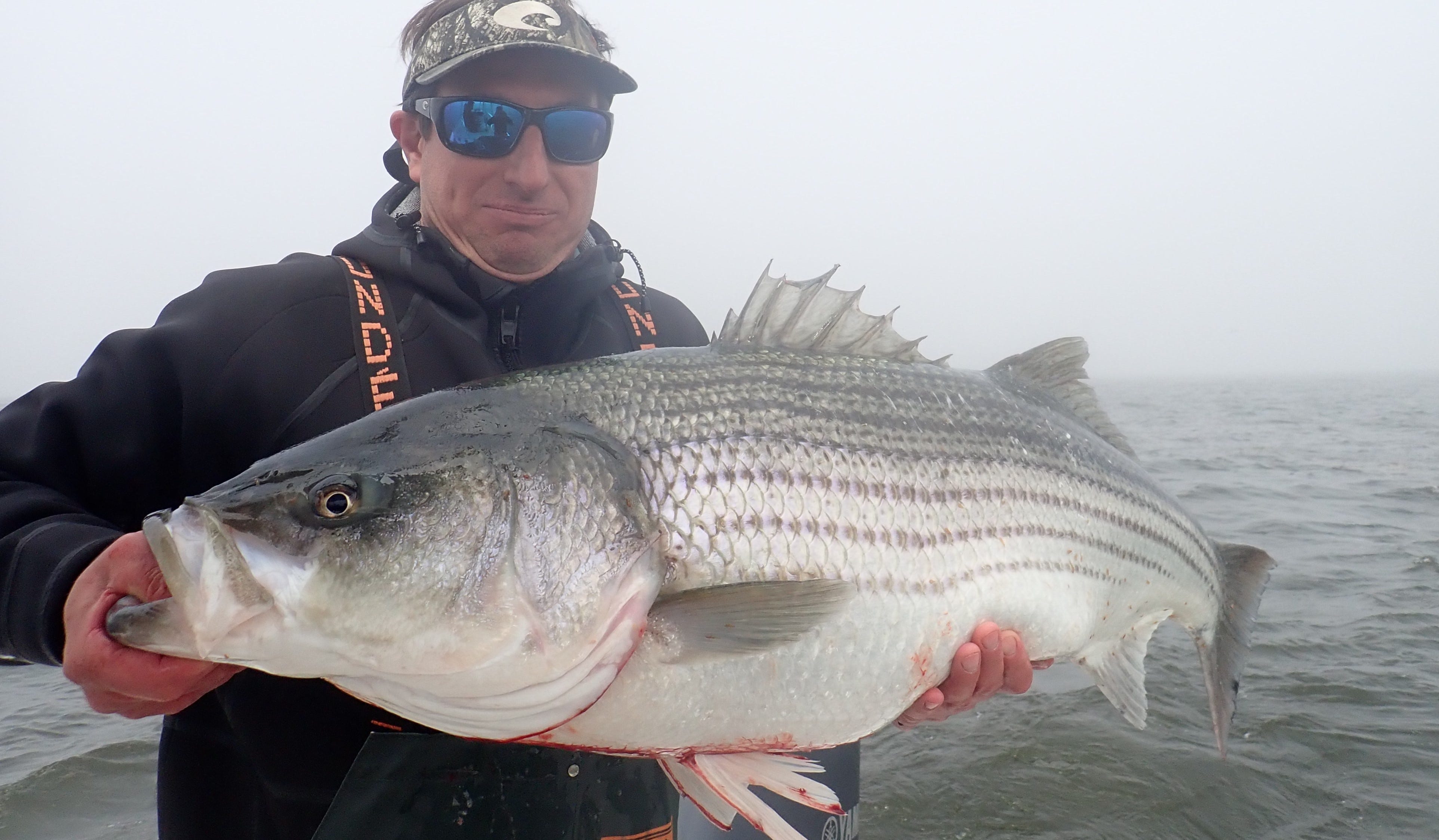 No other fish in the Northeast sparks a saltwater angler’s interest during springtime like the striped bass. Every year, from late March through June, striped bass schools migrate northward along the Eastern Seaboard to follow their innate call for the ritual of spawning. Three main spawning grounds are defined: the Chesapeake Bay, Delaware River and Hudson River. All three areas have one factor in common: The stripers must move through large expanses of big estuarial bays.

Fishing in expansive bays with varied habitat means you are not limited to one tactic but can explore and employ various techniques and a range of striped bass fishing lures. Raritan Bay splits New York and New Jersey and acts as a superhighway for migrating stripers up the Hudson River.

The bay is like many major bays as it is comprised of shallow flats, deep shipping channels, ICW channels, rocky lighthouses, sandy rips, and river mouths that enter the bay. All those different environments mean you can utilize a menagerie of lures to work the diverse areas. These approaches aren’t limited to Raritan Bay but can be applied to spring striper fishing in many areas, according to habitat in any given location.

The most obvious time to throw topwater poppers is when fish are actively feeding on bunker schools, as they corral the schools and push them to the water’s surface and then pummel the baitfish from below. Look for striper schools busting the water’s surface, crashing and splashing on the bait.

Creating commotion to attract the fish and draw them off the bait pod is key. The Cotton Cordell 7-inch Pencil Popper, Rebel Pop-R P71 and Creek Chub Knuckle-Head are well suited for bass anglers, as these baits create an impressive spray of water with frantic style, mimicking a fleeing bunker.

Work Pencil Poppers with a side-to-side motion and the straight on poppers like the Creek Chub Knuckle-Head with a pull-spray-pull type of retrieve. Just as deadly are lures like a Heddon Super Spook or Zara Spook, which represent baitfish trapped up on the surface, darting back and forth to avoid getting eaten. Use these lures in a walk-the-dog type of glide wagging style to pull stripers off the bait pod to strike.

Topwater popping ignites the aggression strike factor in striped bass and is the technique of choice when fish are actively feeding.

Large bays usually contain various structure points, all of which attract bass. Exploratory casting around the structure forms is best done with easy-casting swimming plugs. Around dock pilings, bridge abutments and lighthouse rocks, plugs can be swam close to the structure to draw fish from their cover.

Northeast striper hounds always carry the Bomber Long A 16A and 17A models, the Long Shot series, and the tried-and-true Cotton Cordell Red Fin. Cast as close to the structure as possible, without snagging it, and work the plug at a slow to moderate pace back to the boat. Stripers seem to attack slower swimming presentations rather than quickly drawn plugs, so keep a slower cadence in mind when retrieving the lure.

Hot color patterns include yellow and white during sunlight hours and darker offerings in black, olive and purple when the darkness of night settles in. Another twitch bait type of plug getting attention in recent years is the Bomber Mullet, which is twitched with a bit of slack in the line to “walk the dog” like a Zara Spook, except the Mullet walks down in the water column, garnering strikes as the bait pauses before the next twitch.

When you’re casting and blasting bass, usually the bite presents itself to you in the form of whitewatery explosions and bass vaulting out of the water. However, absent of visual cues, many times bass are found by marking the fish down in the water column. The stripers show up as red blobs on the fish finder screen.

When stripers school up deeper in the water column, you have to get down to them to trick up a bite. Thus, jigging is the preferred method. Soft-plastic baits, such as the YUM Money Minnow and Break’N Shad, are prime options. The baits are rigged on 1- to 2-ounce leadheads, dropped to the bottom in roughly 15 to 30 feet, and jigged with a swoop of the rod, which causes the bait to rise from the bottom and flutter back down. Most hits are on the drop, as stripers pounce on what they perceive as an injured baitfish and therefore an easy meal.

Spring run stripers in Raritan Bay and other spawning bay systems and rivers offer the shot at the trophy of a lifetime as fish are generally loaded with eggs pre spawn and can push the 40-, 50- and even 60- pound mark. Though catching big cow bass is fun, conservation practice should be followed to release all fish over 25 pounds, and federal law actually dictates now that only fish between 28 and 38 inches can be kept, which is a good sign to help protect the spawning members of the species. Use the tactics of popping, plugging and jigging to search out and find a striper strike this spring. 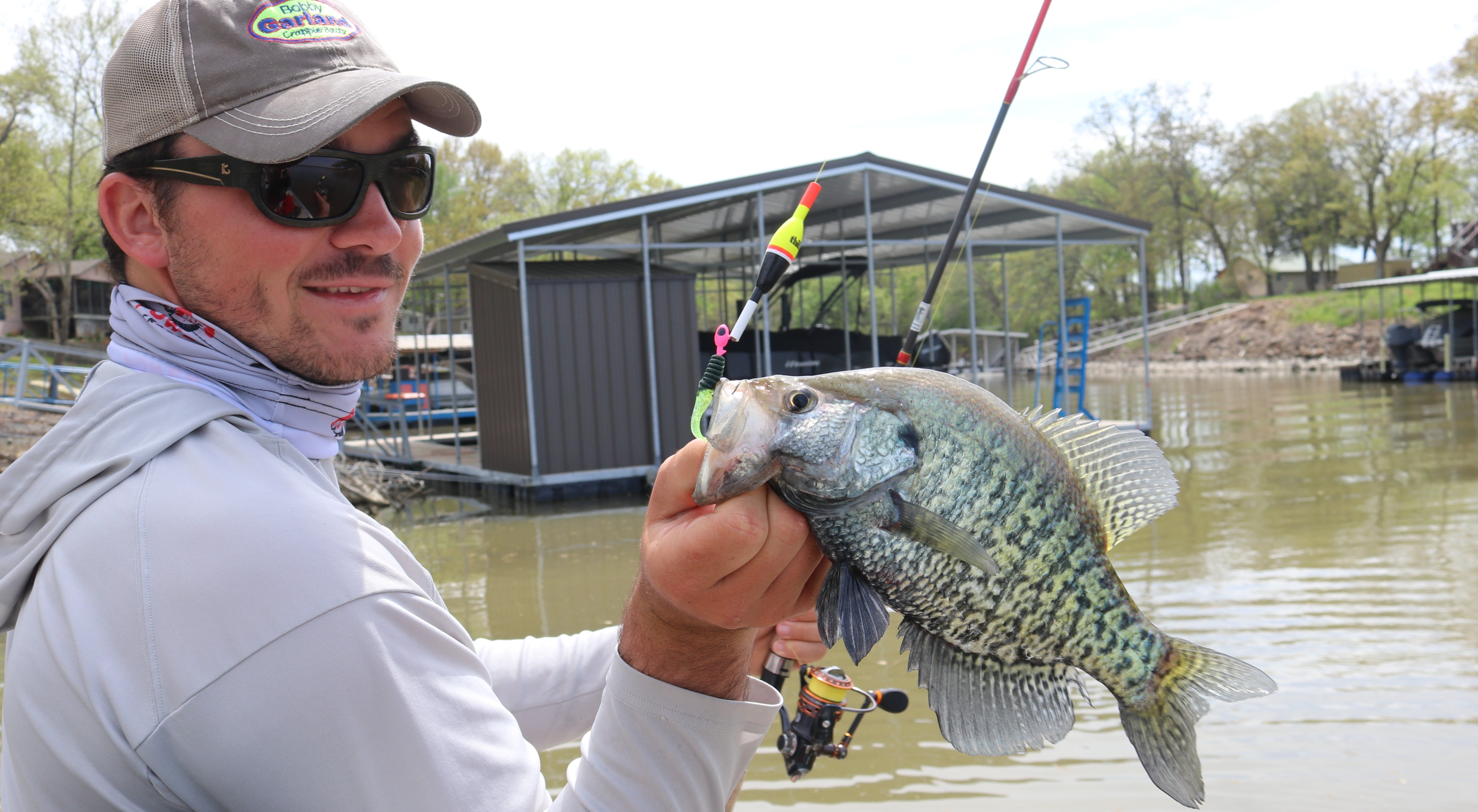 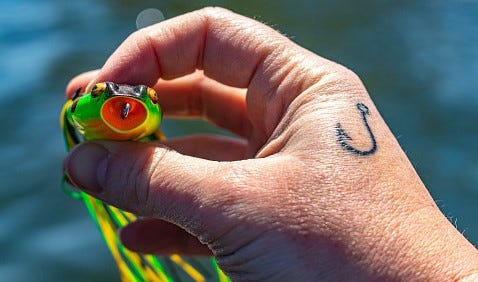