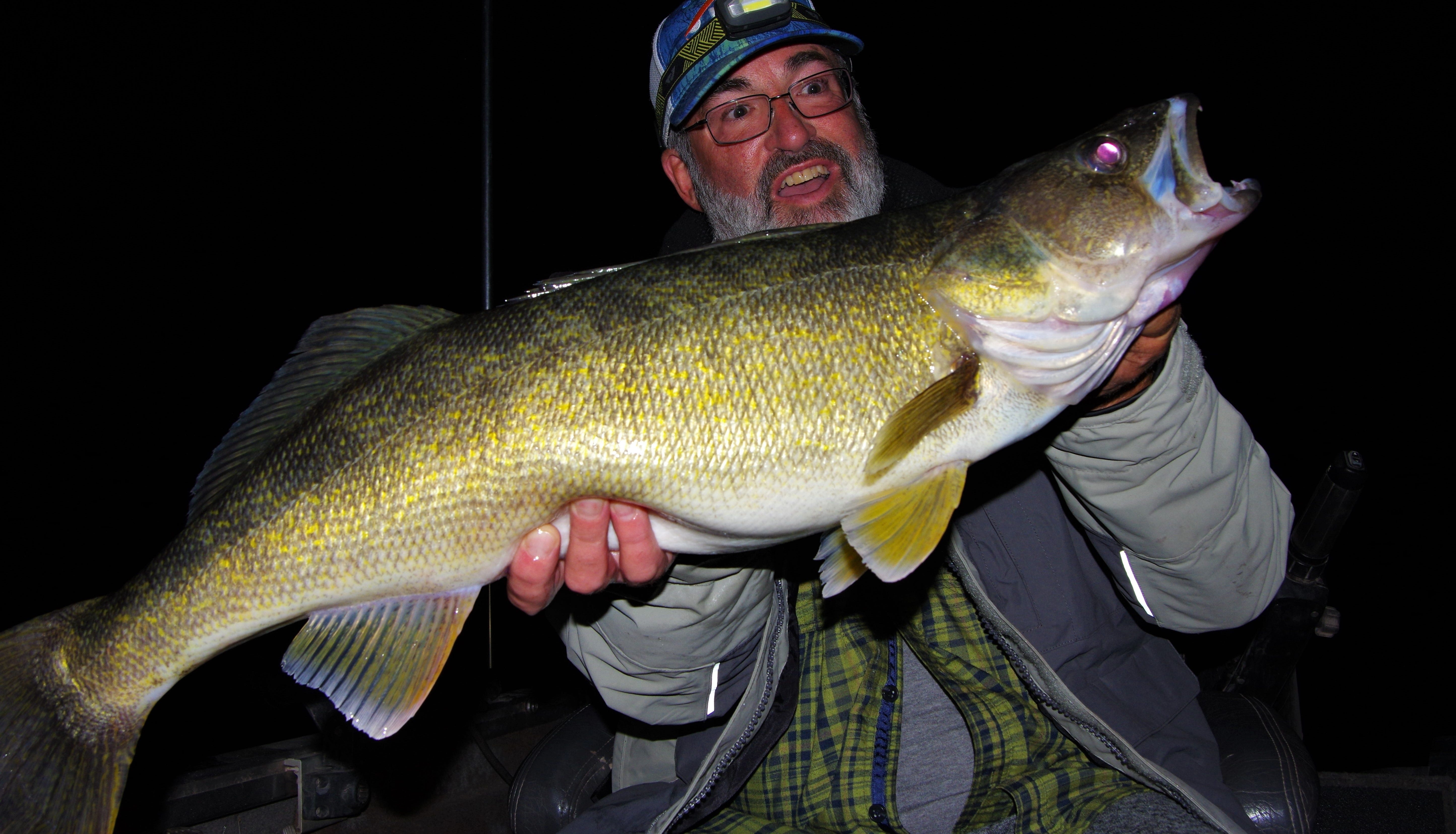 You’ve probably heard that fall walleye fishing is some of the best walleye fishing of the year. But why? We’ll answer that question and break down how you can make the most of the season’s opportunities.

Most everyone in the walleye world knows that fall is the walleyes’ season to bulk up. This is their time to put on the feedbag and build fat reserves for the upcoming winter and to grow their eggs before spring. The finicky walleyes of summer are gone. But what does that mean to your fall walleye fishing plans? Just because walleye are on the feed doesn’t mean they will jump in the boat. You still have to find them, target them and execute a plan.

First, let’s define the season. Fall walleye fishing does not wait for the calendar to say Sept. 20, nor does fall walleye fishing start when the leaves on the trees start to turn. It starts quite a bit sooner in the northern half of the continent.

For me, fall walleye fishing starts when the weeds begin to brown and die off. In the lakes around my home in the mountains, that’s happening by mid-August when the algae bloom is happening. The algae blocks sunlight, and the day-length of mid-August is more than an hour shorter than it was in late June. Less light cues the weeds to die off for the year. Thick patches of weeds may still seem vibrant and alive, but those deeper weed edges and the sparse weed areas are invariably browning and dropping WAY before any terrestrial trees show a glimmer of color.

This die-off is important because it leaves zillions of perch, shiner, chub and sucker minnows with no place to hide. Those minnows seldom tuck into the remaining thick weeds, preferring instead to bunch together and roam, following shorelines and stacking up on rocky structures. You’ve seen it happening even if you didn’t realize why it was happening. But as soon as minnows start swarming their way down the shorelines, you can bet the walleyes take note! This is the beginning of a multi-month feeding binge.

This early harbinger of fall is the first opportunity for us to angle up fall feeders and starts a cycle of enhanced chances for us to bend a rod.

Shoreline Minnow Migration— The displaced bait species typically end up on rocky stretches of shoreline or best of all, on rocky points and reef areas. For those who fish the Great Lakes, these are the minnows stacked on jetties while the weather is still nice. In addition to various rocky outcrops, these moving baitfish will be cruising through areas of subtle current like causeways or channels connecting lakes as well as narrows or other pinch points that funnel the homeless bait to areas walleyes can use for ambush.

False Spawning Run—Radiotelemetry studies show that a sizable portion of the walleye population makes a temporary up-lake run close to the areas where they will spawn in the spring. You’ll catch these fish in the same places you catch them during the pre-spawn every year—tailraces of dams, flats near the mouths of spawning streams, major bends with access to the channel, and perhaps even in the streams and rivers near spawning stretches.

Biologists don’t have clear proof why lots of walleyes make this false run, but it definitely happens in many water bodies. I believe the walleyes make this run through the spawning area to feed on minnows and crayfish, which removes those possible egg and fry predators before the spawn.

More Minnow Migrations —As fall progresses more minnows migrate. Ciscos spawn in the fall and move inshore from their normal open-water habitat. This stimulates a major walleye binge in lakes that harbor ciscos. Out West on the Columbia River, introduced American Shad fry make a downriver run to the coast to grow. This, of course, also happens in rivers of the Northeast where American Shad are native. Because walleye are on the feed, minnow migrations of any kind draw walleyes in abundance. On a calm evening, you’ll see these minnows dimpling the surface in profuse numbers. That’s your cue to get the rods and go!

Setting Up for Winter—This is a late fall phenomenon where the walleyes start settling in near or at the spots they’ll hang out through the winter. This is almost like pre-ice fishing where you fish for walleyes that are still more active than they’ll be in a few weeks, but on the same GPS coordinates you saved from ice fishing last winter. This is the classic late fall pattern where walleyes are working steep breaks near deeper water.

Sometimes you’ll get lucky and find them pouring out of the depths and into the shallows to feed. More commonly, you’ll pick them off one at a time on the deep breaks with big 5- to 7-inch minnows on a Lindy Rig or a Heddon Sonar blade bait jigged vertically to vibe them in.

Fishing Sonars deep is a super option for regions where live minnows are prohibited (like the lakes nearest my home or my favorite travel destination, the Columbia River). Instead of the summertime ripping retrieve/jigging action, try toning it down as the water cools. Once the water hits the 40s, I jig with strokes of less than 6 inches…just enough to feel one or two vibrations. Pause on the downstroke and set hard at the slightest resistance. If you have to double-clutch the hookset your odds of success decrease significantly. These deep walleyes are more apt to strike subtly rather than slamming your Sonar. So be ready!

Yep, lots of walleyes on the feed makes for lots of fun for us! But it doesn’t happen by itself! We’ve got to go get ‘em. Here are a couple tips for how.

Go Big – When in Doubt, Go Bigger! The time-honored tradition for oversized fall walleyes is to tempt them with big meals. ‘Tis the season for big, long hardbaits, even when the forage isn’t all that long—shad or perch for example. Leave your shad-bodied baits at home and grab something longer.

Instead, try baits like the Smithwick Rattlin’ Rogue series—both floating and suspending models—Rogues have a strong following among walleye aficionados. So too, the Bomber Long A series has a storied history of smashing big toothy walleyes in the fall. Check out the 15A and 16A for the shallows…and the 24A and 25A for the depths. A few years back, I personally registered multiple catch-and-release world records with the Freshwater Fishing Hall of Fame running Bomber Long A lures in the fall. The current rage is another series of long baits – Bandit Lures – especially the Walleye Deep and Walleye Shallow. But don’t overlook the Suspending Minnow and Generator.

All of these long-bodied lures are dynamite in a trolling spread, but don’t neglect casting to reefs, jetties, rocky shorelines, causeways and narrows. We walleye anglers are so good at finesse trolling that we might miss out on the killer bite to be found by casting the shallows…sometimes from shore or wading.

Go big or go home doesn’t just apply to hardbaits. Fall is the season to tuck away your 3.5 inch YUM Pulse swimbaits (you’ve been getting in on the hot YUM Pulse bite, haven’t you?) and step up to the 4.5-inch Pulse. Last fall I started throwing the 4.5 inch swimbaits in August and was pleasantly surprised that even small 14-inch walleyes were choking those big swimbaits so deep you couldn’t see the jighead! And the big walleyes hit Pulse minnows with a vengeance not normally associated with walleyes. You’ve got to try it this fall!

Bait anglers also tend to step it up in the fall. Gone are the 3-inch fathead chubs, replaced with 5- to 7-inch Redtails or big sucker minnows sold in the northern pike section at the bait shop.

That sliding Lindy slip-sinker is one of the keys to fishing oversized minnows. On the take, drop line to the fish and let them chew a bit. Sometimes you have to wait a second (sometimes a few seconds), but an immediate hookset while fishing oversized minnows is NOT the best approach. Trust your electronics, soak that big minnow among the marks you see on the deep break off the end of a rocky point and expect to catch gargantuan walleyes!

Nighttime is the Right Time. Walleyes have oversized eyeballs for a reason – to see in the dark! Because of their sight advantage, walleye tend toward feeding in dim or even dark conditions. You and I may need some moonlight to fish effectively but our quarry is surely out there feeding while most anglers are sleeping.

Night fishing is best accomplished with lures, especially stickbaits and crankbaits. Make sure to check the area you plan to fish during daylight hours to scan for obstructions or other safety issues. Then have a blast trying to land those lunkers in the dark!

So, while your friends may be switching to hunting in the fall, don’t miss out on what many of us consider the best walleye fishing of the year. It’s time to rake in the gold! 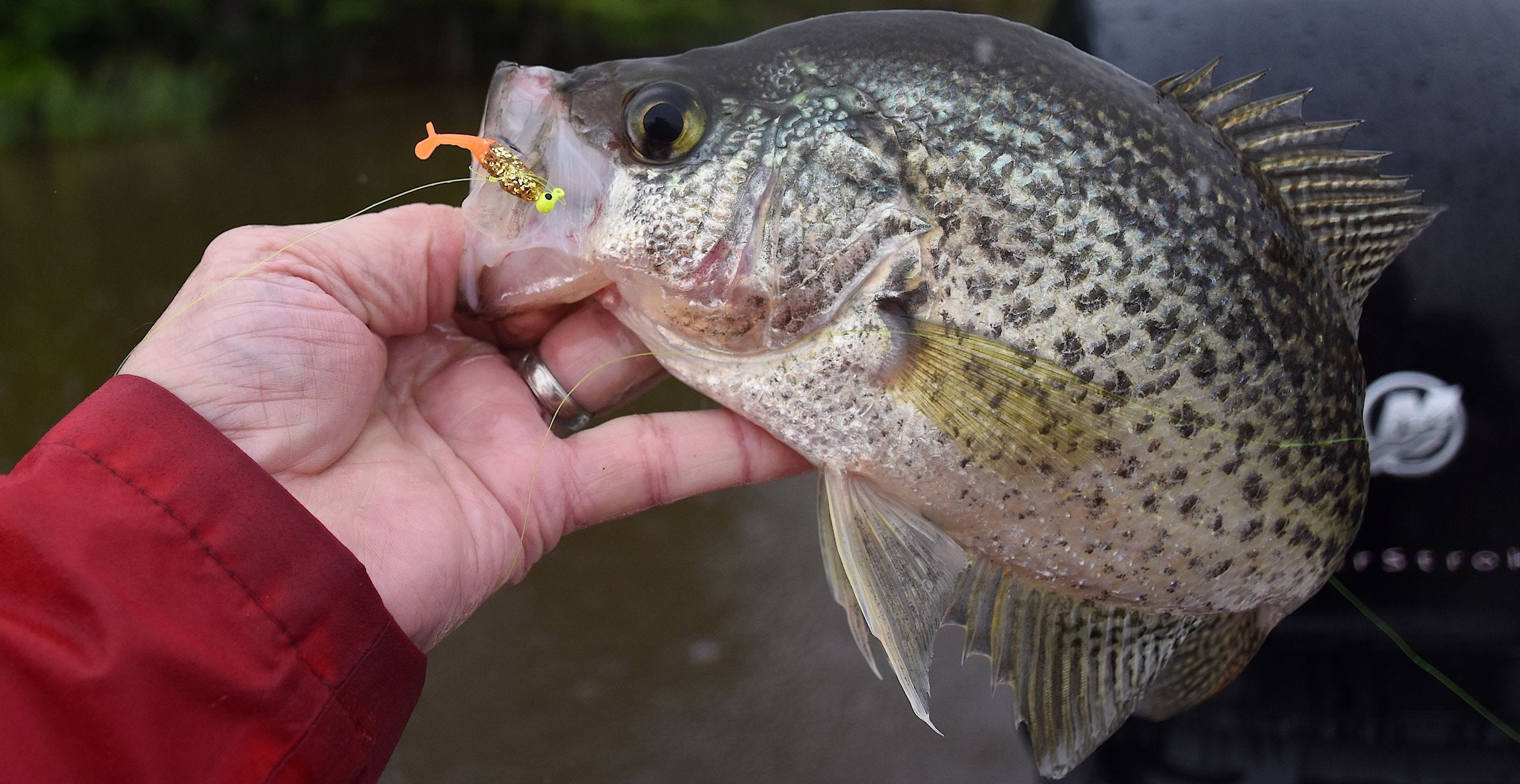 NEXT →
Downsizing for a Better Fall Bass Bite 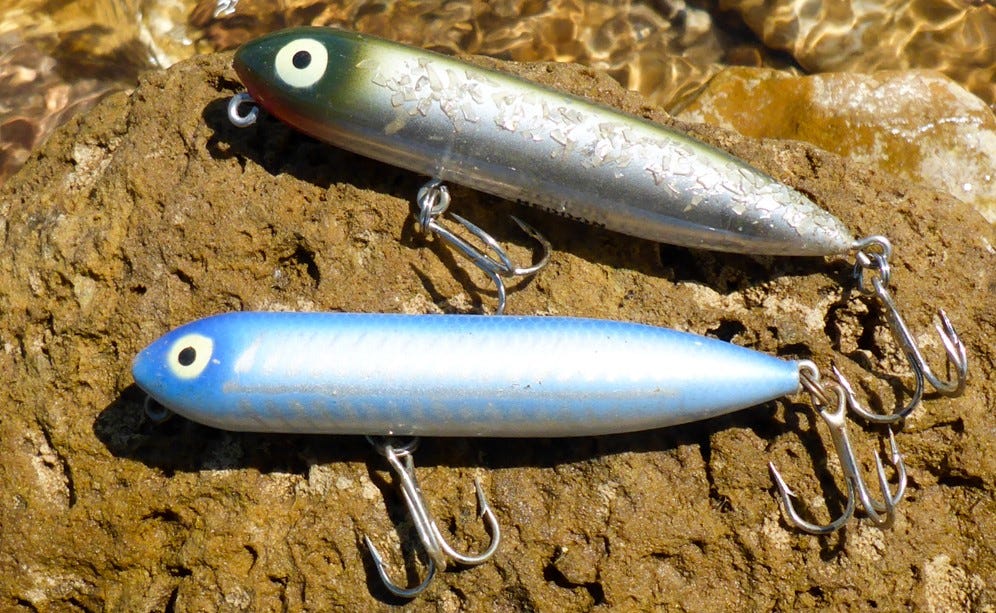