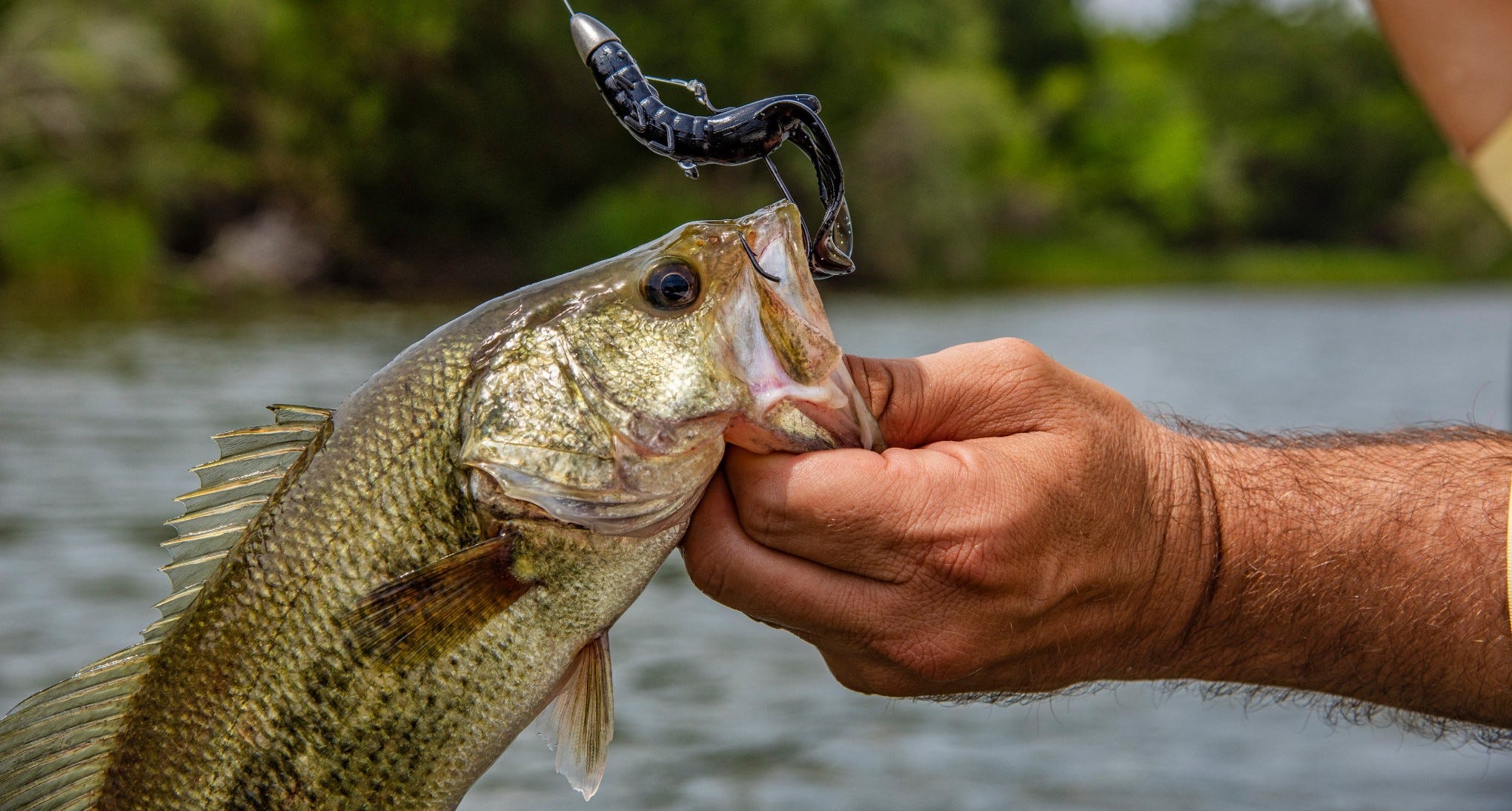 Soft plastic crawfish are among the best lures for catching big bass, whether you’re on a massive reservoir targeting largemouths or a small stream chasing smallmouths. Even spotted bass love crayfish. Everything does, it seems, which is what makes them so effective with so many different techniques.

Crawfish lures come in a wide variety of sizes, colors and designs. You can get tiny craws for small jigheads to throw on wadable streams and catch a zillion hungry bass, or you can get some monstrous craw imitations to fish around wood and vegetation for big brutes. If a soft plastic crawfish can even get to the bottom of a top smallmouth fishery, such as on one of the Great Lakes, it won’t take long for a bronzeback to nosh on it.

The great thing about soft plastic crawfish is their versatility. You can be wildly specific with colors and even use ink pens to add more detail. Dying the tips of the claws chartreuse, orange, red or another color is an old standby that can pay off. Or you can be very simple, rigging up a black-and-blue to mimic a bluegill or something with a red, green pumpkin or olive shade and sticking with it.

Here are five traditional and highly effective ways to fish a soft plastic crayfish for bass.

Spawned decades ago in, of course, Texas for big bass, this simple fish-catching technique never will go out of style. Why? Because it’s effective in shallow or deep water throughout much of the year, is effective around cover and allows for natural presentations.

Even in early and late winter on Southern impoundments, with a bright sunny day and some shoreline or woody cover you could pick up a bass or two lurking amid the mess. I fished one December day on Wheeler Lake in north Alabama with a guide who was throwing a swim jig while I plunked a Texas rig in holes. Temps were chilly and we were bundled up, but we caught fish.

The Texas rig involves four components: your line, a weight, a hook and the craw. Run the sinker on the line, tie on the hook, thread on the craw and go fish. One tip that can help is to use a rubber bobber stop, or the tip of a toothpick if you’re old school, to keep the sinker, hook and craw together. The weight should be chosen based on how fast or slow you want the craw to fall. A common size is 3/8 or ½ ounce, but pick as needed depending on current, depth and cover. Flip and pitch around woody cover, rocks, docks, boathouses or vegetation or drag offshore on hard bottom.

The punch rig is aptly named because it can deliver a smashing jab or uppercut. The rig setup is identical to the Texas Rig setup: line, weight, hook and craw. The difference is that the punch rig uses a notably heavier weight designed to punch through thicker vegetation. How thick? Think about the acres of matted vegetation at Guntersville, Okeechobee, Seminole or lakes with hydrilla, eelgrass, primrose, hyacinth and other vegetation. It may be several inches thick and require something heavy to get through to bass chillin’ out underneath.

For more visual appeal, some anglers add a punch skirt between the weight and hooked craw. And while smaller craws may work, you can’t go wrong with a big one while using this rig. Some Florida anglers for years have used a heavy weight and slim 3-inch craw, while others opt for the big meal. Have both rigged up to see which works best.

When things get tough in summer, the bass playbook says to break out the Carolina rig to catch a limit. It’s not just a limit rig or something to use as a Hail Mary, though. The Carolina rig is highly effective to catch fish that are suspended on offshore cover or structure. Thanks to its subtle presentation, it helps keep schools together, unlike a big crankbait, football jig or flutter spoon, which can scatter the school.

The setup involves a two-way barrel swivel, weight, leader, beads or clackers, hook and craw. In clear water you want the leader to be at least 18- to 24 inches long, and possibly 3 to 4 feet if you’re in deep, clear water like Lake Lanier, Martin or Norman.

Here’s the old school method to rig it: Slide a 3/4- or 1-ounce brass or lead bullet sinker on the main line, then a flat brass clacker and glass bead, and tie that to one loop on the barrel swivel. Then tie your leader to the other loop of the swivel, with the hook and craw. The clacker and glass bead serve two purposes: to make a click-clack noise, and to protect the knot from banging against the sinker.

A craw adds a solid twist from the oft-used 7-inch worm or finesse worm. A bass seeing a craw twitching-dancing-skittering along just off the bottom likely won’t ignore it.

This is an easy rig to fish in small waters or while wading creeks, or for targeting spawning bass if you have a clear presentation. It’s a no-frills, no-nonsense setup with great upside and minimal downside.

The upside? You can fish smaller baits, which is great on creeks and in ponds with smaller fish. A good example is the Buffalo River in Arkansas, which winds through the Ozark Mountains and has a fun population of smallmouth bass. A 3-inch craw on a 1/8- or 1/4-ounce jighead offers fantastic realism with no muss. All the fish see is a craw making its way across the rocky or sandy bottom. I’ve fished this on small creeks in Alabama and Kentucky, too.

It’s simple to pack a dozen or so jigheads in an old pill bottle, stash a pack or two of craws in my shirt pockets and go fish. You can upsize the weight of the jighead for deeper or swifter water, if need be. I’ve thrown 1/2-ounce and 3/4-ounce jigheads with craws for bedding smallmouth on the Niagara River in New York.

Rig the craw on the jighead one of two ways: weedless, like a Texas rig, with the hook point buried in the craw’s body, or with an open hook if you’re not around snaggy cover.

Jigs are workhorses, doing everything from swimming at high speed to wriggling just under the surface, to plodding along on bottom and dropping in around trees, brush, docks or vegetation like a little surprise. Options are many, but the jig is virtually useless without a trailer. Adding a soft plastic craw to a jig is like having fried chicken at a Sunday lunch. They just go together.

The rigging part is simple. Slide the craw on the jig hook and snug it on the shank against the skirt. Some jigs have notched or wire trailer keepers. For those without, add a small dab of Super Glue before snugging it against the skirt and head. It’ll hold.

The key with jigs and trailers is two-fold. First, you need to match them so the combo resembles something a bass wants to eat. Black-and-blue is standard as a bluegill or dark craw. Ditto for a camo skirt with green pumpkin craw to mimic a crayfish or bluegill. White/black skirt with a white (or pearl) craw works if you’re swimming the jig to mimic shad. A bass won’t look at a white jig and trailer and think, “There’s no such thing as a white crayfish. I shan’t touch that.” If it’s white and chattering by them, chances are they’ll smoke it.

The other factor is to use the right size craw. With a 1/2-ounce jig, you’re fine with a 3- or 3.5-inch craw. If you put a giant craw on a small jig, it’s not going to work well. A big 4-inch (or bigger) craw on a 1-ounce jig, for example, looks logical. A 4-inch craw on a 1/8-ounce finesse jig is too much. Match the hatch, in color and size, for better success. 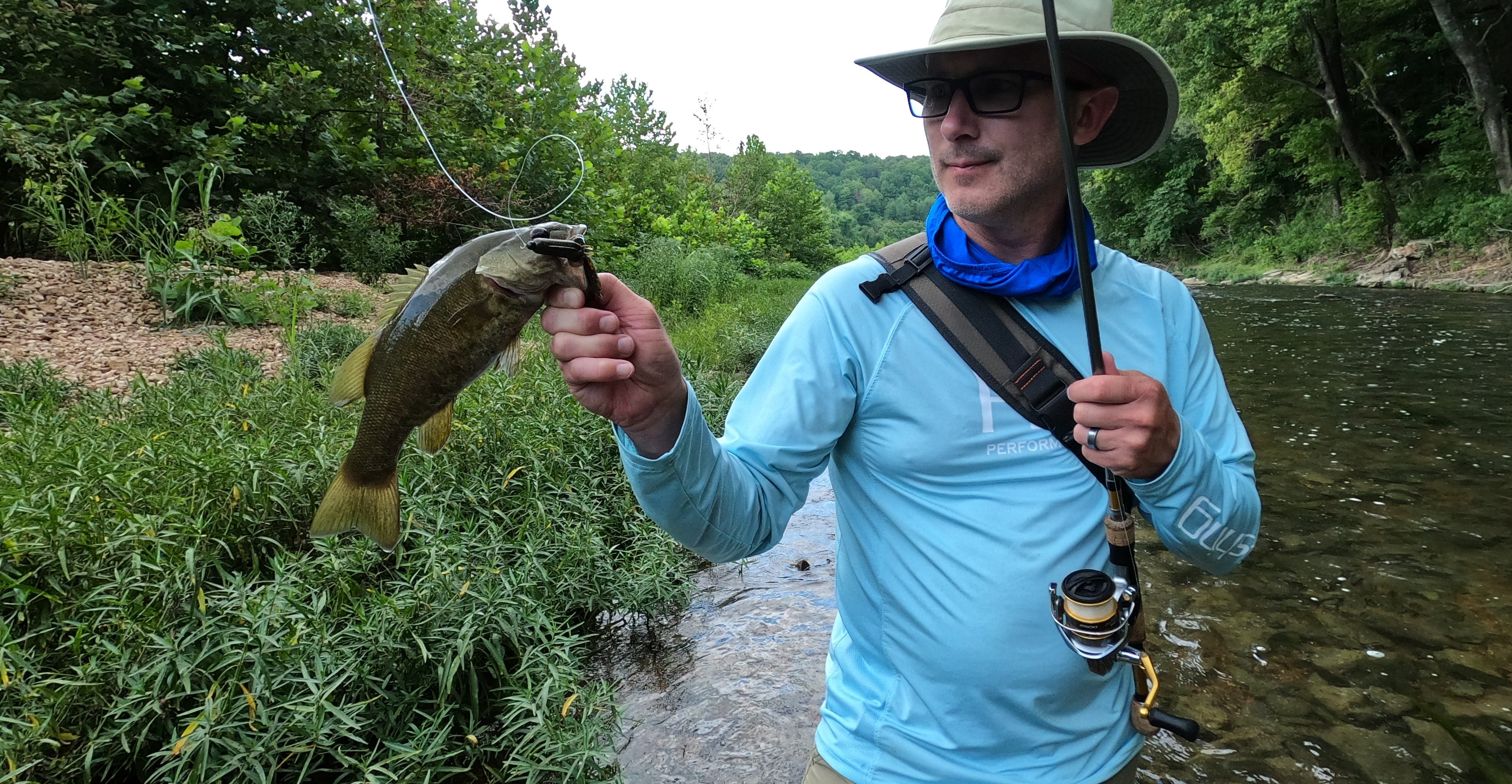