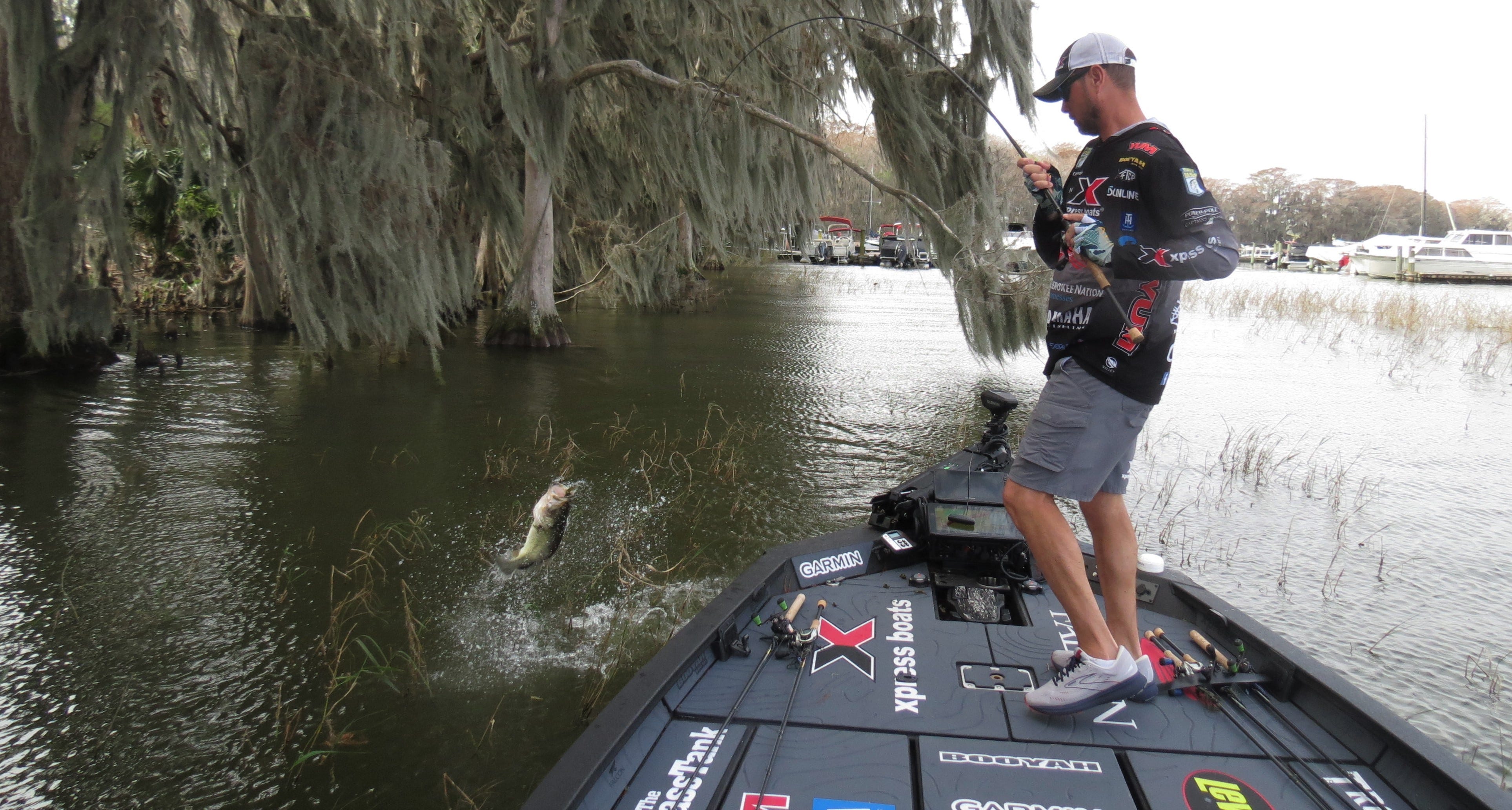 Learn from an in-the-boat account of how Jason Christie attacked an Elite Series tournament day on Florida’s Harris Chain.

I couldn’t sleep! The last time I had been so excited was before fishing my first bass club tournament as a teenager. This time, I had been selected to participate in the BASS Marshal program for the BASS Elite Series Tournament on the Harris Chain of Lakes in Central Florida.

For the first day of the tournament, I had been selected to participate as a Marshal with none other than BOOYAH Pro, Jason Christie. Christie is known as being a quiet but intense competitor. That was fine by me as I am a quiet person, and I knew I would enjoy watching him break down the waters in his own way.

I met Jason at the Venetian Gardens boat ramp as he sat in his Xpress X21 bass boat, which is powered by a Yamaha 250 hp outboard motor. After a participating in the invocation and National Anthem, we blasted off for Stop #2 for the year of the Bassmaster Elite Series!

Christie’s Xpress took us on a high-speed run to his first stop on Lake Harris. He explained that he’d had a decent practice period but was unable to locate a big bite. He was going to do what he does best and fish with one of his confidence baits, a BOOYAH Mobster swim jig.

He had two rods on deck, each rigged with 1/2-ounce a Mobster swim jig: One green pumpkin dominant. The other was black and blue. Christie’s plan was to pick from those colors based on water clarity and level of interest from the fish. Each jig was accompanied with a matching Yum Craw Chunk trailer in the 3.75-inch size.

Christie began casting his Mobster swim jig around any available cover, including Kissimmee grass, cypress trees, eel grass, hydrilla and docks. The jig slid through each type of cover well, without hanging up. Within the first few minutes, Christie connected with his first fish, a 1-pound bass.

Christie would reel the swim jig steadily, popping his rod occasionally to impart action and to triggers a strike from a following fish. His plan worked, and in a short time, he filled his five-fish limit of bass.

Jason Christie put on a masterclass on casting his swim jig in and around any available cover, hitting the tightest of places. He was so good at casting that I often thought, “a fish probably has never seen a lure before where he cast!”

At one point, I watched as Christie was popping and retrieving the Mobster past a cypress tree, and a 4-pounfrts came out of the water to engulf the jig. It was more like a topwater bite and caused me to jump out of my seat! Christie moved several times and targeted water and cover that looked appealing. He continued to catch bass after bass on the Mobster swim jig and the quality improved through the day.

During the mid-morning period, Christie spotted a small indention along the shoreline that was about the size of a car. It was covered with a mix of matted grass that had blown in from the lake. Christie dug out the perfect rod, reel, and lure combination from his rod box to attack the situation: a BOOYAH Pad Crasher hollow-bodied frog in Leopard Frog color.

Christie twitched his Pad Crasher through the grass, and a 4-pound bass exploded on the frog. The hit almost seemed like it was in slow motion. Christie set the hook, and the fight was on! Back and forth the bass went, with Christie’s rod doubled over. As quickly as the fight started, the fish came unbuttoned. I was devastated. Christie had the quiet calmness and confidence to regroup, and he cast his frog back to the same pocket. “Twitch, twitch, boom!” another bass erupted on the Pad Crasher. Christie set the hook and carefully landed the 3-pound bass. It was another upgrade.

I suspected that the frog bite would be unique to that specific spot, but Christie had other thoughts. He kept his frog rod on deck and used his Pad Crasher frog occasionally throughout the day when he found small areas of matted grass. Several bass hit the frog, some providing valuable upgrades. It was fascinating watching his selection of the right tool for each situation and how well it worked!

As Christie fished along the shoreline of Lake Harris, he stopped every so often and Power-Poled down in a potential spawning area. He would then pick up another confidence bait – a Texas-rigged 5-inch YUM Dinger. His plan was to slow down and pitch his YUM Dinger in and around possible targets, working the worm slowly to entice a bite from any spawning fish. The plan worked, as he was able to catch several more bass.

The final hour of the day was fast approaching, and Christie made a high-speed run to a large canal system near the weigh in. Upon entering the canal, we saw that about 15 other competitors had the same idea of finishing their day in the canal. The canal is known as an excellent area for big bass to spawn, as it contains large patches of spatterdock pads, which Florida bass like to spawn near. The anglers were spread out in the canal and were working back and forth to try and catch a final kicker fish.

Christie idled into the canal and found an opening in the parade of pros. As he put his trolling motor down to fish, I thought that it would be next to impossible to catch any bass in the area that so many pros were fishing. Christie had the quiet confidence to pick up his YUM Dinger, and he went to work pitching the worm to every clump of pads. It worked! Fish after fish hit the Dinger, even though Christie was fishing behind so many great anglers. Unfortunately, none of the bass were bigger than the five in Christie’s livewell. Christie fished until the final minute before making his final sprint to make his 4:00 check in time.

The BASS Elite Series Marshal program provides a way for bass fishing fans to ride with and learn from elite pros during competition days on the Bassmaster Elite Series. The role of the Marshal is to be the eyes and ears on the water to help protect the integrity of the Elite Series tournament and it’s competing anglers. In addition, Marshals can enhance the online experience for tournament viewers by operating the BASSTrakk scoring system, providing Skype coverage of professional anglers, and providing blog entries for the tournament website. 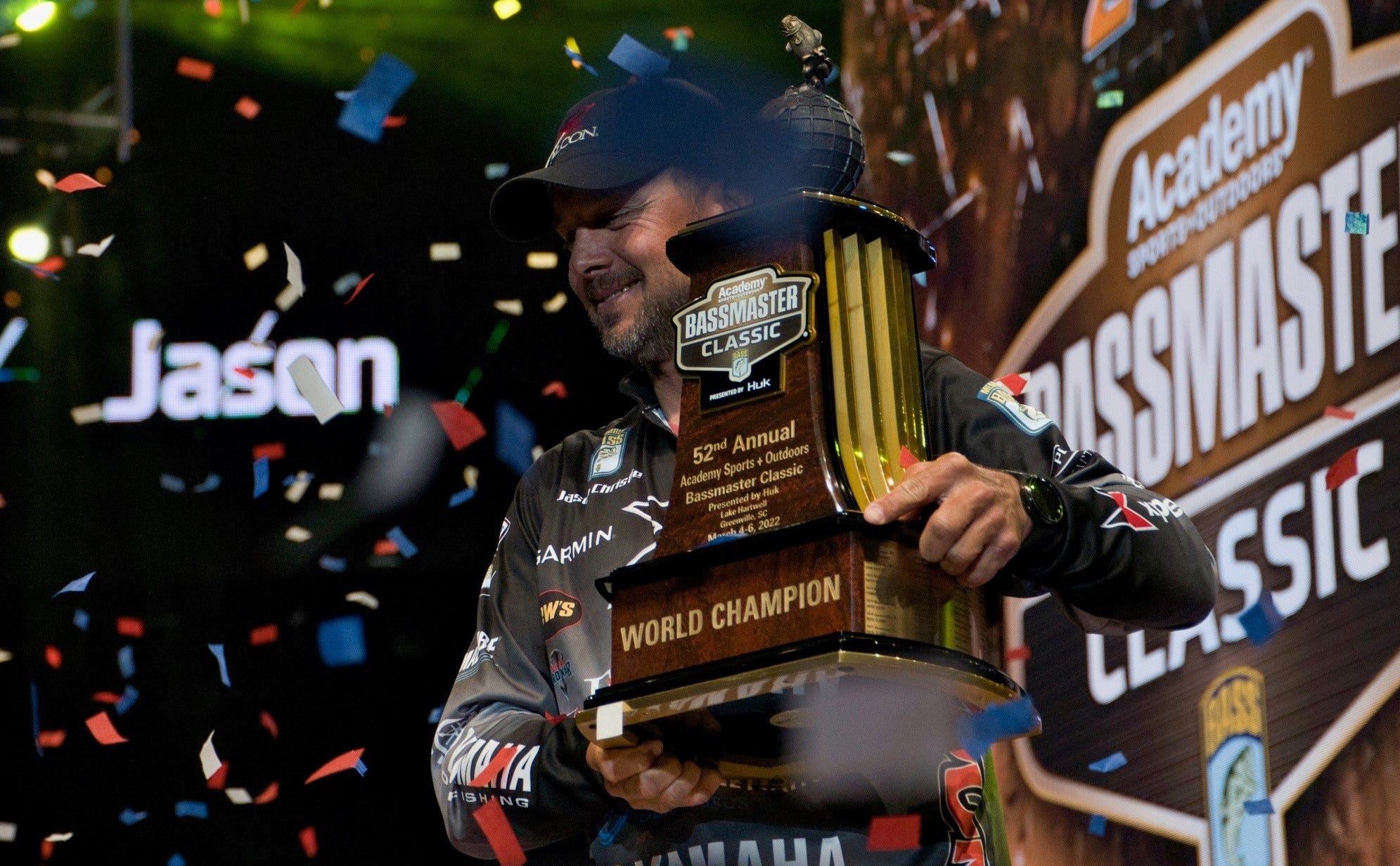 NEXT →
Navigating the Chaos of Spring Crappie Fishing 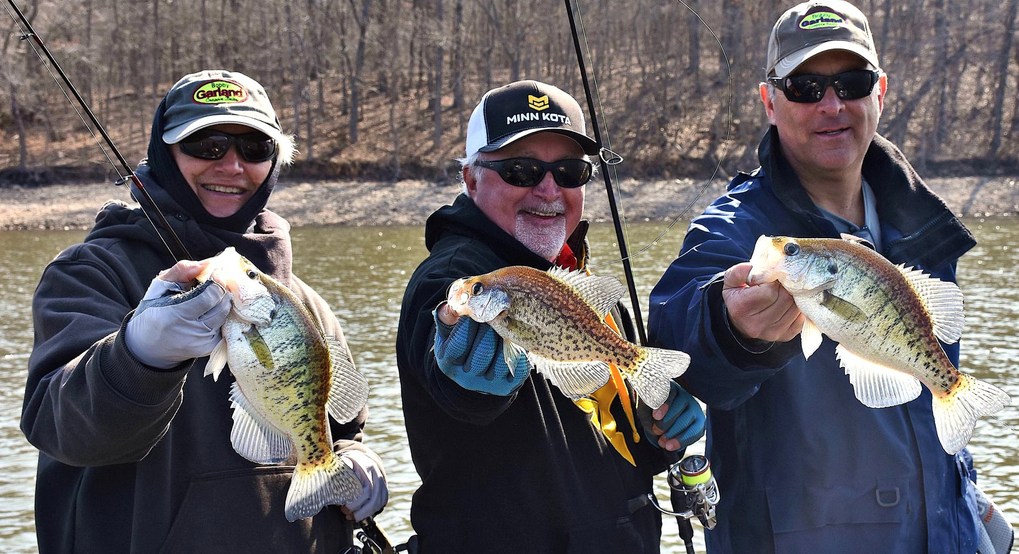