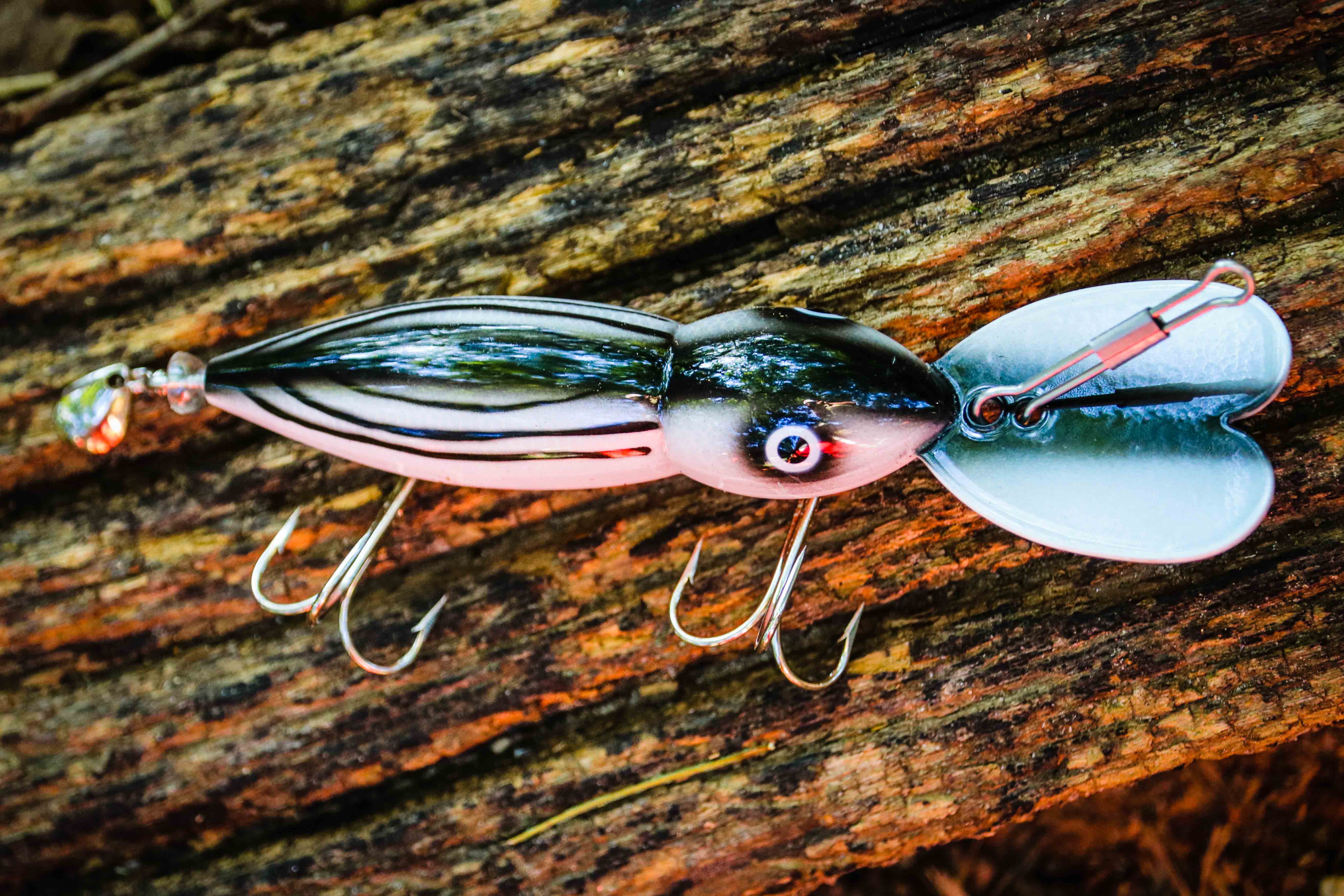 There’s a reason the Heddon Magnum Hellbender doesn’t look like a modern lure. It was introduced in the 1950s. There’s also good reason this lure has remained in the Heddon catalog and in anglers’ tackle trays more than six decades: Fish eat it!

In truth, a Hellbender has many appeals. Its long heart-shaped lip causes it to dive quickly and dig deep, making it a fine fit for several casting and trolling application. The same lip deflects cover and structure effectively, keeping the lure out of snags and causing it to kick sideways, which triggers strikes. A Hellbender also has a wide wobble, pushing a lot of water and making a large visual impression. Adding flash and vibration, the Hellbender has a spinner blade on its tail.

Going back to the original appeal, though, none of the other things matter if they don’t help a lure attract more fish. Any lure’s cool appearance or features can sell it once, but anglers don’t come back for more (and more and more for 60+ years) unless a lure consistently produces fish.

From a casting standpoint, Hellbenders most often get the nod for largemouth or smallmouth bass, often for paralleling very steep banks or working structural features like points, humps and channel edges. The steep dive angle allows a Hellbender to get down to the structure quickly to maximize time in the strike zone, and the deflective qualities allow it to kick along the bottom, like a crawfish or baitfish foraging in rocks, sand or gravel.

More commonly, anglers troll Hellbenders, using the lure’s deep reach, wide wobble and big flash to draw fish’s attention. Striped bass, striper/white bass hybrids, walleyes and muskies are among the most popular targets, but Hellbenders can be used to catch anything that ever eats a 5 ½-inch meal. Hellbenders are extra good for trolling close to steep banks, parallel to ledges, across the ends of points and through suspended schools of forage.

A Hellbender can dive very deep. Trolled with a lot of line out, it can dig more than 35 feet. This lure isn’t only for deep trolling, though. Anglers who just want its wobble, shape and deflective qualities use short trolling lines so their Hellbenders swim as shallow as about 12 feet. The amount of line out is the primary controlling factor for depth. However, line size and type and trolling speed are also factors.

Finding the right amount of line to put out sometimes calls for experimentation. To make baits run at a specific depth because of baitfish or gamefish seen on electronics, an easy way to calibrate is to use a graph to find an area with that bottom depth and let out line in measured pulls off the reel until the Hellbender starts bumping. With that figured out, the same number of pulls will put the lure at the same depth. (A reel with a counter works even better, but specialized reels aren’t needed to make this work.)

A final, highly popular Hellbender application is to use the lure as a “downrigger” for trolling smaller lures to get those lures much deeper than they could be trolled on their own and to impart action. The technique is simple. Tie a section of leader to the back swivel that the spinner is on and tie a small spoon, fly or crankbait about 6 feet back from the Hellbender. Most anglers remove the trebles from the Hellbender, using it only as an attractor and a tool to present the other lure. Some leave the hooks to increase their opportunity. This application is so popular that Heddon sells a Hellbender Magnum Downrigger, which is hookless out of the package.

The downrigger application broadens the species profile because lures pulled behind Hellbenders tend to be small. Trout and white bass are among the most popularly targeted species for anglers using this technique. 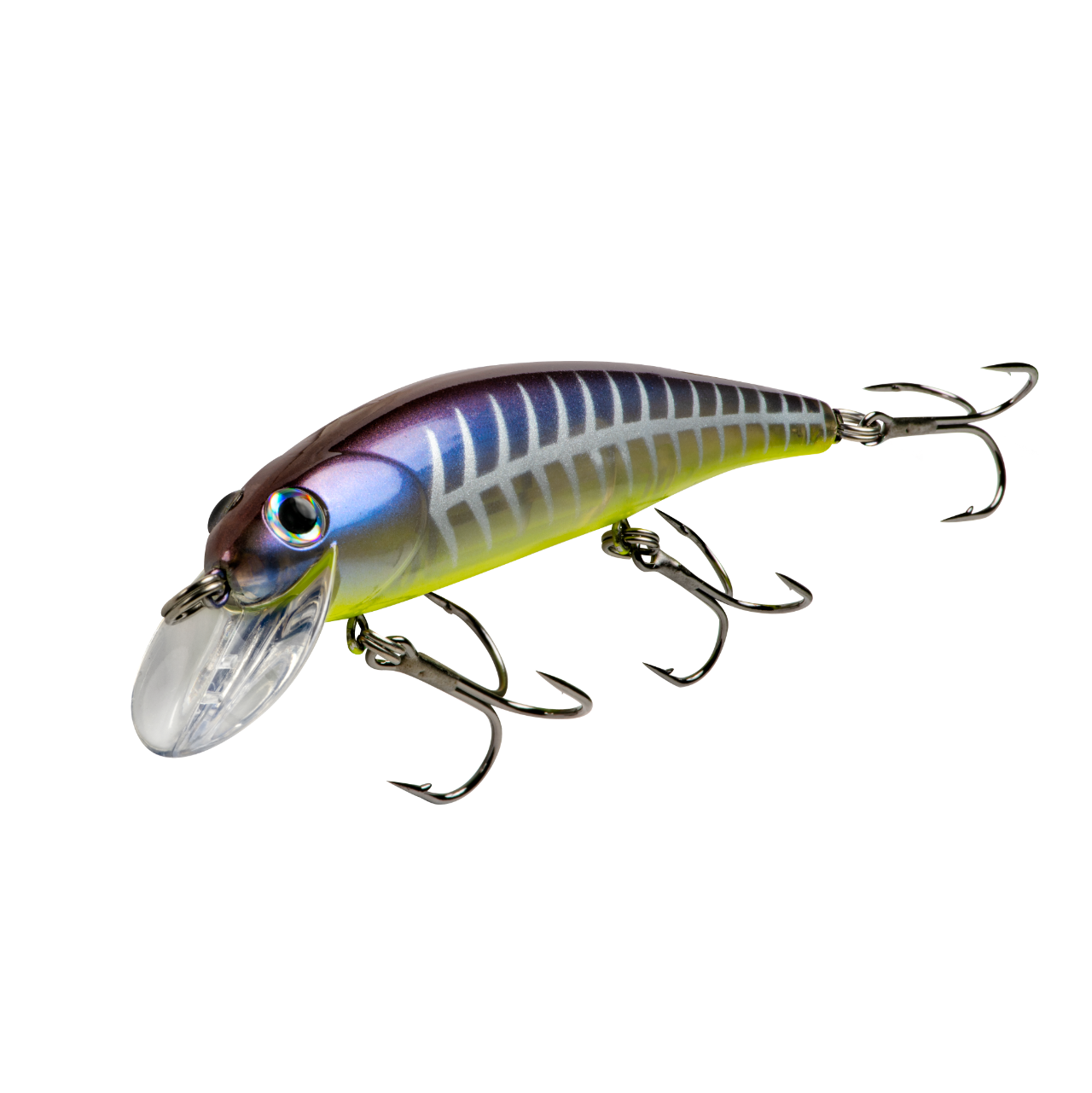 NEXT →
New Colors for One Knocker Spook 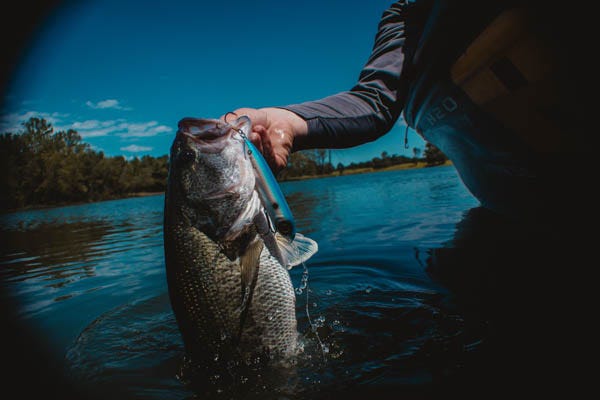